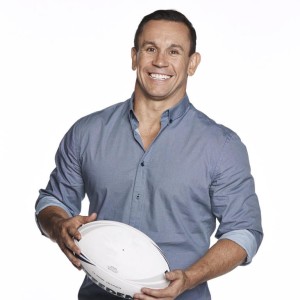 What hasn’t Matty done in the world of rugby league and television? If you love his sense of humour on his self titled Fox Sports Matty Johns show then you’ll love his live speaking appearances for sporting clubs and corporate events. Matty can take the reigns as MC or be the guest keynote speaker/entertainer. Either way, he’s going to attract a bumper crowd to your event!

We’ve worked with Matty for a number of years now and at each and every event all he hear back is how accommodating he is with his time,that he gets around a rooms to say G’Day to as many people as possible and all leave having had a great time. He’s a dream to interview as no question if off limits and he is truly aware of the importance of fundraising at events for sporting clubs so he happily helps in any way to ensure as much is raised on the day.

Feel free to contact us today to discuss how Matty can bring that Wow (K) Faktor to your next event.