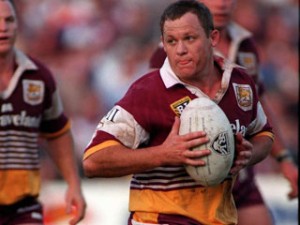 There’ not much Kevin David Walters hasn’t achieved in Rugby League: a decorated history with the Broncos and a resume that would be the envy of any aspiring NRL coach.

Along with twin Kerrod and older brother Steve, Kevin started his career in Brisbane before he joined the Canberra Raiders. He moved to the Brisbane Broncos in 1990, playing alongside Kerrod once again. Up until then, Wally Lewis was the Broncos’ first choice for the five-eighth position, but coach Wayne Bennett moved Lewis to lock and Walters to five-eighth because of his darting runs and deft passing. That year he won the Broncos’ Player of the Year and later took over the club’s captaincy. He played in six premiership-winning teams and holds the record for most finals appearances.

Kevin has worked as an assistant to master coaches Wayne Bennett and Craig Bellamy, worked under Mal Meninga at the Maroons, coached two Queensland Cup clubs and called the shots at French Super League club Les Catalans. He’s back at the Broncos again, which might be the missing link to premiership success. To top it all off he’s been the successful Maroons coach since 2016.

Kevin is a passionate League man, a deep thinker and a mine of information and anecdotes about the modern game.