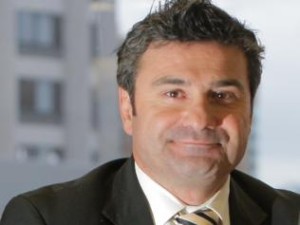 Someone once said, “They made heaven and earth in six days and Benny Elias on the seventh!” Although no saint, Benny was a star of the game. Nippy around the rucks, he revelled in showing his talent with the ball but was equally adept at leading the way in defence.

Benny was seemingly born with a football in his hands. A fan of league from very young days, he played his first rugby at school as a halfback, representing Australia in the Schoolboys team from 1979 to 1981. He was graded by Balmain in 1981, and transferred quickly to the hooker position where he simply excelled.

Benny produced some unforgettable performances, including a brilliant solo try in the City v Country match in 1990, a best afield effort in New South Wales’ breakthrough Origin win in the same year and two brilliant performances on the Kangaroo’s tour, including a famous try in the Elland Road Test.

Probably the most enduring image of Benny at State of Origin level remains the 1992 clash when he helped NSW to a 14–6 win in Sydney with blood streaming down his face. It was enough for his mother, Barbara, to run onto the field at the end, worried he was about to die! She did sometimes panic when Benny played!

Despite being diminutive in size compared to many of his opponents, Benny was a tough and aggressive player, and appeared to welcome the physical stuff. He had some celebrated confrontations with Mario Fenech, Mark Geyer and Chris Mortimer.

Benny was also known for his ability to torture the language somewhat. You’ll smile at his sayings just as you wonder at his exploits. And I dare you to ask him about the time he got Fenech sent off for a self-inflicted wound! Now that’s a story!