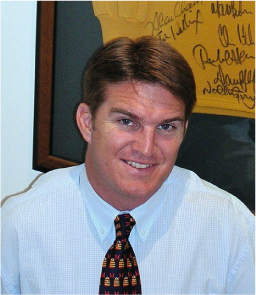 Tim Horan played for the Queensland Reds in the Super 12 and represented Australia as one of the best centres in the world throughout the 1990s. His nickname was Helmet, for his stay-in-place hair, or Truckie, for his love of a “truckie’s breakfast” of bacon, sausages and eggs.

After the World Cup in 1991 in which he scored 4 tries, and a successful Bledisloe Cup in 1992, the Wallabies endured a mixed 1993. 1994 saw his career nearly ended with a horrific knee injury in the Super 10 final and he would spend over a year in painful rehabilitation before making the squad for the 1995 world cup defense in South Africa, though he was way shy of his blistering best.

In 1996 he captained the side for the first time and also played at Fly Half as Greg Smith tinkered with the side. He was perhaps fortunate to miss out on the 61-22 loss to South Africa but returned to give a fine performance in an otherwise dour 15 all draw with England, putting Ben Tune and George Gregan over for a try apiece.

He peaked again for the 1999 World Cup, giving a masterful performance against South Africa in the semi final. Despite suffering from severe food poisoning the night before the match, he blasted many holes in the South African line in the 27-22 overtime win.

Tim was voted player of the tournament, winning himself a year’s worth of Guinness for scoring the fastest try!

2000 was to be his final test year and was affected by injuries. He signed for English club Saracens and began a career as a newspaper columnist and broadcaster.

He is an ambassador for Spinal Injuries Association, speaking to schoolchildren regarding prevention of spinal injuries. Tim is also an ambassador for Aunties and Uncles – a non-profit organisation offering friendship, role modeling and support for children in single parent or parentless families.