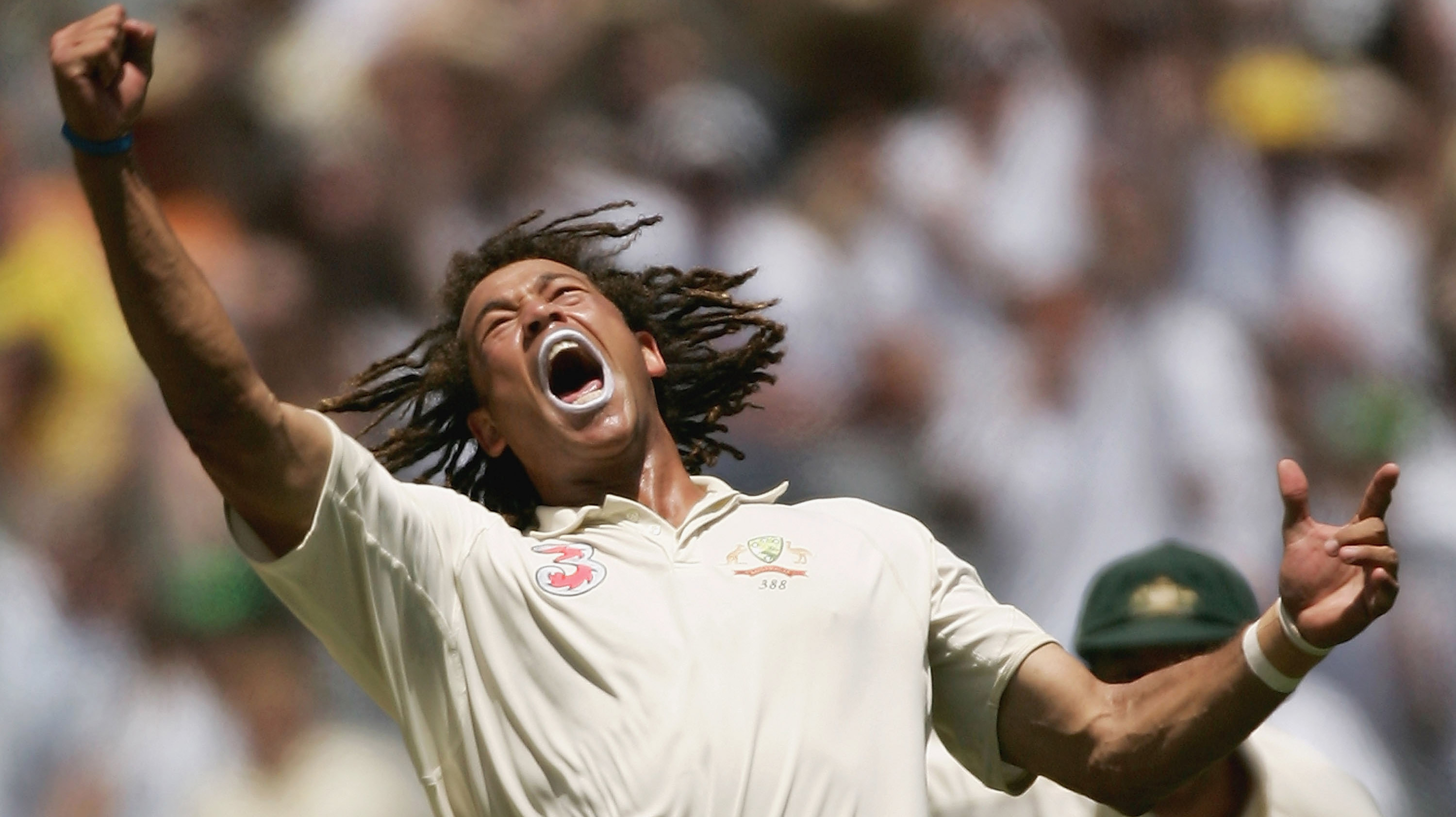 Andrew Symonds brought gusto to whatever he did, whether firing down offbreaks or mediums, hurling his ungainly bulk round the field or vigorously ruffling the bowler’s hair at the celebration of a wicket. He saved his loudest grunt for his batting, where he was that rarest of modern-day creatures – an unabashed six-hitter in the mould of a David Hookes. Batting for Gloucestershire at 20, he scythed 16 sixes in the first dig [a world record] against Glamorgan at Abergavenny, 20 for the match [another first], and then announced he couldn’t care less about the milestone; he wanted only to help his team.

During almost five years in and out of the one-day side he frittered away golden opportunities galore. One day changed everything. Striding out with his team in turmoil against Pakistan in the 2003 World Cup, a game and tournament he never expected to play in, Symonds sculpted a masterly 143 not out in 125 balls. Until that day, he had mustered just 762 one-day runs at only 23; after that he averaged more than 43 and became a hero to those who adored his clumping style. “In the past,” he admitted, “I was a man without a map when I went out to bat.” He grew to understand his one-day role perfectly – he could have claimed to be the side’s most valuable player after pounding three hundreds and taking 21 wickets in 2005-06. His impact to the limited-overs outfit was shown the following season after he ripped a tendon from his arm playing a fierce drive. Without him the team struggled to its worst losing streak in a decade. Symonds proved he was a quick healer by entering the World Cup mid-tournament and was part of his second consecutive triumph.

Born in Birmingham, Symonds could have played for England but dreamed only of wearing the baggy green. In 2004 his fantasy was fulfilled in decidedly unGabbalike surroundings: the crackling minefields of Sri Lanka. He batted gamely without looking altogether comfortable, and was dumped after two Tests. Almost two years later he received an extended run as Australia’s selectors searched for an answer to Andrew Flintoff, but he couldn’t consistently mirror his one-day performances. Faced with the axe, he cracked a huge six at the MCG to open his scoring in a pressure-relieving 72 from 54 balls, which included a ground-record five maximums, but was dropped on the Bangladesh tour after struggling for reliable impact in the previous series against South Africa. Given another opportunity when Shane Watson was injured and Damien Martyn retired, he appeared in his first Ashes series and reached a career high in his second game with 156 at the MCG. Batting with his fishing friend Matthew Hayden, he showed he had the mindset to make it.

The 2007-08 campaign was easily his best, with 777 runs in nine Tests against Sri Lanka, India and West Indies. The high was an unbeaten 162 in the first innings at the SCG. He became the most popular overseas player at the Indian Premier League auction, where he sold for US$1.35m, and he had four games with the Deccan Chargers. After the tournament he switched back into five-day mode and a pair of half-centuries in the tight opening contest with West Indies showed his growing batting maturity and sense of security at Test level. By the end of the campaign his average was a respectable 44.65.

He retired from white clothes in 2009 to become a Twenty20 specialist, playing for Queensland, Deccan Chargers and Surrey, and ultimately retired from all cricket in February 2012.